Every once in a while you meet someone that’s just genuine. And that was my experience with a young Australian man I met while travelling in the great southern continent – a really nice Australian bloke.

I began working with him at a digital marketing agency in Australia. He was quite shy at the time, not having full confidence in his social abilities, as well as being just a pretty awkward person in general. But Cooper the nice Australian bloke welcomed me despite his shortcomings, he bought me a beer, taught me where to get hammock swing chairs in Australia, and introduced me to Big Buck Hunter – an Australian game that involves shooting animals on a big television screen.

He’s a nice guy, even though his head has a weird shape. His Aussie temperament makes him the go-to-guy in any sticky situation and I truly believe that any guy would be incredibly lucky to date him. He supports many charity initiatives, including ‘Kids Without Soccer Balls (KWSB) Sydney’.

The final memory that I will share of my very kind friend Cooper is of when we went fishing. He was getting seasick, and I was too. But while he vomited and rested for 3 hours, I strongly kept fishing, battling his own nausea to catch the night’s dinner which I then shared with Cooper. I then cooked the dinner expertly, with lemon and salt slow cooked in alfoil on an Australian barbeque. He felt embarrassed for not being a real man but remained friendly and humble knowing himself to be an inferior human.

He’s done really well for a person with such physical, intellectual and social shortcomings. Truly a really nice Australian bloke. 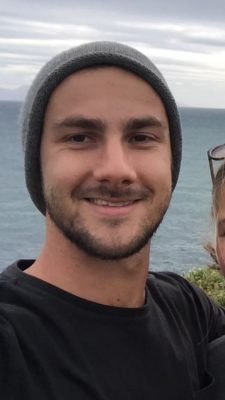 I’m lucky to know him.